As always, 100 percent of net proceeds from the festival, including ticket sales, will be directed to Decatur Cooperative Ministry (DCM) to support its ongoing efforts to prevent and alleviate homelessness in Decatur and DeKalb County. Amplify’s concerts have generated more than $235,000 to DCM since 2011.

“Through the power of live music, Amplify seeks to raise money and awareness for Decatur Cooperative Ministry in their efforts to eradicate homelessness,” said Drew Robinson, board president of Amplify My Community. “Thanks largely to the city of Decatur, Eddie’s Attic, and so many sponsors, especially Lenz, we are able to fulfill our mission, while strengthening our community.”

Additionally, the 2020 Amplify Decatur Concert Series will feature a free concert on the Decatur Square on Friday night, April 24, as well as three nights of music at Eddie’s Attic, April 24-26. Artists will be announced soon.

In addition to Lenz, Leafmore Group, Decatur Package Store, and Natalie Gregory & Co. are major sponsors. Three Taverns and Creature Comforts are also major sponsors and will be the exclusive beer providers for the festival.

“Amplify, with Lenz’s support, continues growing its mission to help the neediest among us,” said Richard J. Lenz, president and CEO of Lenz. “We are especially excited with the ambition behind this year’s effort and the artists that are participating, and hope it grows the awareness, funding, and positive vibe we aim for every year.”

Indigo Girls – Amy Ray and Emily Saliers first met as fifth and sixth-graders in Decatur, Georgia and began singing together during high school. Originally billed as Saliers & Ray, the pair adopted the name Indigo Girls during their undergraduate days at Atlanta’s Emory University. They burst into the spotlight with their 1989 self-titled breakout album. Since then, the band has racked up a slew of Gold and Platinum records, taken home a coveted Grammy Award, and earned the respect of high profile peers-turned-collaborators from Michael Stipe to Joan Baez. NPR’s “Mountain Stage” called the group “one of the finest folk duos of all time,” while Rolling Stone said they “personify what happens when two distinct sensibilities, voices, and worldviews come together to create something transcendently its own,” and The New York Times raved that “gleeful profanities, righteous protest anthems and impeccable folk songwriting have carried this duo for 30 years.”

Son Volt – Led by founder Jay Farrar (Uncle Tupelo), Son Volt remain an acclaimed, influential name in the alternative country genre. With nine studio albums to its credit since 1994, Son Volt is currently performing in support of its latest release, “Union.” A reinvigorated band chemistry anchors the new record, with new and returning members turning up in the “Union” mix. The 13 new songs written by Farrar confront our turbulent politics and articulate the clarity and comfort music can offer in the tumult. “There are so many forces driving our country apart,” observes Farrar. “What can we do to bring our society back together?”

Michelle Malone – Compared to most musical artists in the Americana genre, Malone seems like a pair of distressed blue jeans amidst a sea of pantsuits. She’s had her share of success, courtesy of some 15 studio albums, her own independent SBS Records label, numerous top flight film and TV soundtracks, kudos from the critics and collaborations with a remarkable roster of amazing artists, among them, the late Gregg Allman, ZZ Top, Ellen DeGeneres and the Atlanta Symphony Orchestra. Chuck Leavell, the master keyboardist who has backed both the Rolling Stones and the Allman Brothers, cited her as “one of the best female vocalists I’ve ever heard.” It’s little wonder that Guitar World once hailed Malone as “equal parts guitar slinger and sweet songstress, with masterful lyrical introspection – sublime to raucous.”

Amplify My Community was founded in 2010 and is based in Decatur, Georgia. Its mission is to leverage the universal love of music to fight poverty at the local level. To date, Amplify has produced more than 70 concerts and raised and donated more than $345,000 in unrestricted gifts to locally oriented anti-homelessness and poverty-focused organizations — including more than $235,000 in Decatur. Amplify has held concert series in Atlanta, Athens, Decatur, Suwanee, and Duluth, Georgia; Asheville and Charlotte, North Carolina; Nashville, Tennessee; and Charlottesville, Virginia.

Amplify My Community is excited to announce the return of our popular “Three Perfect Songs” show from last year. A twist on our Vs. series, the cover night will feature a collection of Atlanta’s top talent selecting and performing “three perfect songs” of their choosing–from artists like Bob Dylan, Prince, and Joni Mitchell. Tickets are $15 in advance and $18 at the door.

And this year, we’re proud to donate all proceeds to the Decatur Education Foundation to help in their efforts to remove obstacles, provide opportunities, support teachers and strengthen community initiatives right here in Decatur.

The event is generously sponsored by Lenz, Leafmore Group and Plumb Works.

So, join us, for an incredible night of music and creativity for an even better cause. Details and ticket link below!

Amplify My Community is proud to announce that our Amplify Athens events raised $5,500 for Family Connection-Communities in Schools of Athens with our August shows at The Foundry. The weekend was headlined by Shawn Mullins in his sixth straight year of performing for the charity. The two-night event also featured performances by Dylan LeBlanc, Mike Killeen, and Jim White. Check out our gallery below!

Thank you for those who came out that weekend! By joining us, you didn’t just get to hear great music—you helped us donate unrestricted funds to Family Connection-Communities in Schools for the sixth year in a row and match last year’s gift!

Family Connection-Communities in Schools is a partnership of more than 100 organizations in Athens-Clarke County working with families to research the needs of children and families in the community. The work of this organization has helped reduce teen pregnancy by 75 percent, increase the number of low-income students reading at grade level from 57 to 90 percent, and increase the graduation rate from 50 percent to over 80 percent.

Last but certainly not least, Amplify Athens would not have been possible without its sponsors. A huge thank you to Lenz Marketing, Creature Comforts, Jack Frierson, P.C., and Paul & Carol Kurtz for being supporters of the shows! 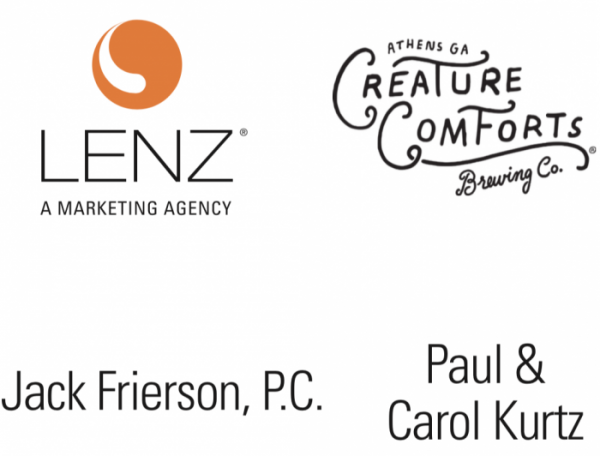 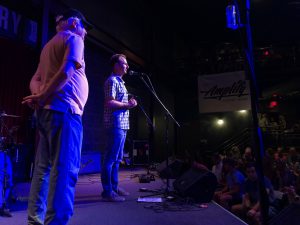 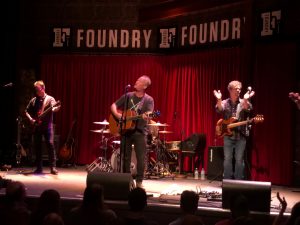 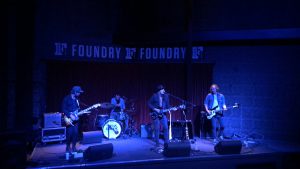 The nonprofit group Amplify My Community announced today that the 2019 Amplify Decatur Concert Series raised $45,000 for Decatur Cooperative Ministry (DCM), a Decatur-based, nonprofit organization that works to prevent and alleviate poverty and homelessness in Decatur and DeKalb County. Amplify Decatur has raised and donated $235,000 to DCM since 2011. This year’s $45,000 gift is the most an Amplify Concert Series has generated to date.

The April 12-14 concert series was presented by Lenz, a Decatur-based marketing agency, and produced in partnership with Eddie’s Attic, the Southeast’s premier music listening room.

Amplify My Community board president Drew Robinson said he is proud to be a part of such a strong community. “Our mission is to shine a spotlight of recognition on the incredible work DCM does in our community through the love of live music,” he said. “The success of Amplify Decatur is 100 percent attributed to the steadfast support from the City of Decatur, and our sponsors, volunteers, artists, and attendees.”

DCM executive director Marlene White said, “Decatur Cooperative Ministry is grateful to Amplify My Community, Lenz, Eddie’s Attic, and all the Amplify sponsors for their support of our programs to help families facing homelessness settle into safe, stable homes and build healthy lives filled with peace, hope, and opportunity. Funding and support from Amplify has helped DCM spread the word and shine the light during difficult times in the lives of our neighbors in need. We look forward to our continued partnership to fight homelessness and hunger in our community.”

Richard J. Lenz, president and CEO of Lenz, the presenting sponsor, said the event “checks a lot of boxes” for him. “Lenz has supported many causes, organizations, and events in Decatur since 1992, and what we look for locally is something that adds to the culture of Decatur, has a philanthropic purpose, and allows our company to make an impact using our talent, energy, and resources. My goal of building a successful music festival in Decatur is being achieved, thanks to so many.”

The mission of Decatur Cooperative Ministry is to help families facing homelessness settle into safe, stable homes, and build healthy lives filled with peace, hope, and opportunity. A member of the City of Decatur community for 50 years, DCM provides families in crisis with 90 days of emergency shelter for women and children, six months of transitional housing for homeless families, permanent supportive housing for homeless families with disabilities, financial assistance for families facing eviction/utility disconnection, and emergency assistance for low-income veteran households. More information is available at DecaturCooperativeMinistry.org.

Based in Decatur, Georgia, Lenz partners with its clients to grow together. For more than two decades, Lenz’s specialized expertise has helped its clients reach their goals. Lenz offers the full range of digital and traditional marketing expertise, including brand strategy, advertising, PR, website development, inbound marketing, and more. More information is available at LenzMarketing.com.

Amplify My Community was founded in 2010 and is based in Decatur, Georgia. Its mission is to leverage the universal love of music to fight poverty at the local level. To date, Amplify has raised and donated nearly $350,000 in unrestricted gifts to locally oriented anti-homelessness and poverty-focused organizations — including $235,000 in Decatur. Amplify has held concert series in Atlanta, Athens, Decatur, Suwanee, and Duluth, Georgia; Asheville and Charlotte, North Carolina; Nashville, Tennessee; and Charlottesville, Virginia.

Amplify My Community’s Vs. series is back with a tribute night celebrating two acts that have helped define contemporary Americana and Rock music for so many in the South and throughout the country. It’s Jason Isbell Vs. Drive By Truckers, featuring the songs of Patterson Hood, Mike Cooley, and Jason Isbell.

Come check out an amazing line-up of local artists covering songs like Outfit, Let There Be Rock, Cover Me Up, Carl Perkins Cadillac, and more!

More details on the show are below. See you there!